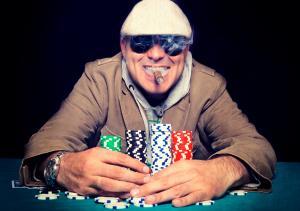 Gamblers all across the US have been rooting for the democratic candidate, Andrew Yang, as he strived to represent the party in the presidential race. However, he recently had to pull out, leaving the future of online gambling uncertain yet again.

At this moment in time, US players who want to play online casino games after reading online casino reviews have to rely on the decisions made by legislators at every state. That means that the fate of online gambling venues remains in the hands of local politicians, who have varied opinions on the subject.

While a lot of poker players and gamblers in the US were unhappy with the situation, as they prefer the government get involved and legalize online gambling in all 50 states, the issue wasn’t addressed by politicians in previous elections. Not many candidates deem gambling important enough to bring it up during the elections, as they prefer to talk about health care, immigrations, etc.

However, that changed when Andrew Yang came along, as he was the first politician to support online poker publicly and legalization of online poker. Soon enough, he was able to generate the attention of the poker community and gaining their support instantaneously. Finally, someone was bringing up the issue with an intent to make a real change in the gambling industry.

Yang saw the potential behind online gambling, as the industry generated a decent revenue. If the government chooses to tax online casinos in the US, the collected funds can be used to do some good.

But while Yang managed to get the Yang Gang (as his supporters call themselves) on his side, it turned out not to be enough when it comes to winning the election. Yang only managed to get 1% of the votes in Iowa, and approximately 3% in New Hampshire. Once it became clear that he wasn’t going to get the majority of votes, he decided to bow out gracefully.

While the online poker community was disappointed by the situation, they still appreciated the effort Yang made to solve the issue. Daniel Negreanu, a poker pro who has been Yang’s supporter from the start, tweeted how proud he was of Andrew Yang’s campaign.

He also announced that Yang’s poker charity event, which was supposed to raise additional funds for his campaign, was still on. After all, a lot of people work hard to make the event happen, and it was a shame to miss out on an opportunity to have a fun poker session!

What Does the Future Hold for Online Gambling?

As Yang was the only candidate who supported online gambling, his withdrawal from the race meant that no one else was going to represent the gambling community. That probably means that the legalization of online poker won’t happen anytime soon, but poker players are still hopeful.

And while players wait, they will have to hope for state legislators to realise that legalizing online poker is a smart move that can benefit a lot of people.

While Andrew Yang was running for president, poker players were hoping that someday they will be able to place online bets at each and every state. But who knows? Maybe it will happen sooner rather than later.

The Best Online Casinos by Country | 2021