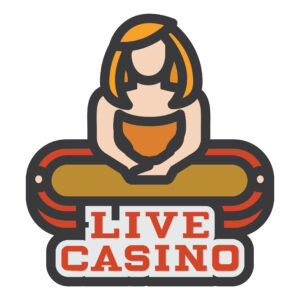 It’s no secret that live dealer games simply make sense. The whole purpose of online casinos is to emulate the experience of a land-based establishment. 1995 brought with it the first such online casino. How long do you think it took them to attempt providing live dealer games? Yes, three years flat, and the technology was far from accommodating.

The early live dealer iterations were plagued with issues. Computers weren’t powerful enough, and everyone was connecting to the internet through dial-up. And we all know just how stable dial-up can be. Despite these two massive roadblocks, it was evident that both online casinos and the live dealer experience would evolve into something huge. We are all very familiar with how the online gambling scene has undoubtedly evolved over the years. The moment smartphones made an appearance; it greatly boosted the number of gamblers that had access to the internet. With every single year, there were more and more players trying out online casino games. However, technological improvements have significantly increased player expectations.

The landscape was just perfect. The moment smartphones went from “interesting gadgets” to “everyday must-have tools” coincided with the development of live dealer games. The first relevant launches took place in 2006, but there weren’t many options to choose from. The available internet speed at the time did allow for decent video streaming. Unfortunately, when we say decent, what we mean is highly pixelated and permanently loading. The first casino that dabbled in live dealer games was PlanetPoker. While most of us might not remember who they were, we do have to give them props for showing the world the potential behind live casino games.

Nowadays, all best online casinos are operating with highly optimized software on the most sophisticated platforms. Broadband connections aren’t only reserved for companies, and through them, one can experience HD streaming in most developed countries. Internet speed and casino platforms have also made it possible for online casinos to offer live dealer games from more than one developer. Microgaming, Evolution, Playtech, or Pragmatic Play are only some of the giants that provide a vast range of live dealer games.

To understand how rapidly the market has expanded, we have to look at the dealers and croupiers themselves. In the first iterations of live dealer games, you would frequently stumble upon staff that wasn’t adequately trained. Today, you will be hard-pressed to spot any differences between live dealers and those working in land-based casinos.

In Malta, the undisputed leader in online gambling, they have established the Live Casino Academy. The OLCA croupier qualification tackles body language, communication skills, customer care, and general knowledge of the most popular casino games. It goes without saying that the top live dealer providers usually train their staff for at least a month before they get to step in front of the camera.

Evolution was among the first to prioritize live dealer games over simple slots. They managed to secure an impressive lead, and no other company has managed to compete with them. Their strength stems from the fact that they have managed to secure early contracts with the most relevant online casinos, and they are as strong as ever. The industry didn’t take long to recognize their achievements, having received international awards as far back as 2010. That achievement is even more impressive based on the fact that the company was only launched in 2006. EGR B2B awards have been running for the past ten years, and Evolution somehow managed to secure the “Live Casino Supplier” award every single year.

Those awards were just the beginning. The most prosperous periods in the companies development were between 2013 and 2017, opening new studios each year. It didn’t hurt that the live dealer industry was growing at a mindboggling pace between 2015 to 2019, with a yearly growth rate close to 40%. However, gamblers couldn’t fully grasp just how impressive Evolution became until everyone heard about their acquisition. Back in 2020, they acquired giant slot developer NetEnt for USD2.1 billion. The merger let everyone know that live dealer games aren’t just successful but thriving enough to acquire their most significant competition. Now Evolution will have a stronghold on both live casinos and video slots. The new company expects to reduce costs by USD30 million thanks to cross-selling and better distribution.

Evolution wasn’t the first to offer live dealer games, and they won’t be the last. However, they are without a doubt the most successful. The competition was simply late to the party. Playtech attempted but failed to expand correctly. Pragmatic Play made a play at the crown with the acquisition of Extreme Live Gaming, but they only managed to secure a small part of the pie. NetEnt was actively expanding into the live casino, which is probably part of the reason for the above mentioned merger.

And that’s just how the landscape is shaping up today, Evolution owning a massive part of the market and everyone else fighting for scraps. Initially, it was considered a quirky novelty but today, it’s everyone’s preferred gambling activity. Who doesn’t want to get as close as possible to the authentic casino experience without having the leave the comfort of your own house?

We took a nostalgic look at the past, but we should ask ourselves, what does the future hold? Most iGaming providers make impressive announcements that clearly state their interest in acquiring a more significant chunk of the market. That doesn’t seem to faze Evolution, but can they hold onto the crown? However, there’s a new concept in town that will most certainly take over live dealer games. The question isn’t if Virtual Reality will dethrone the current experience; it’s when. You can be sure that we will carefully track any developments in the VR market, so make sure to visit our website as often as possible.