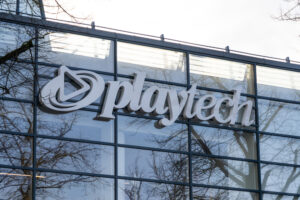 Aristocrat made an offer of USD3.7bn to acquire Playtech

The Australian slot manufacturer has agreed to pay 680 pence per Playtech share in a straight cash deal. Six hundred eighty pence is considered a 55% premium over the usual 430 pence per share as of 15 October, the last trade day before the acquisition.

Aristocrat has also pointed out that their offering price sits at a 66% premium compared to the average Playtech share over the last three months. Over the past year of trading, the offer has been 55% above the trading average of 438.8 pence per share.

According to Aristocrat, the merger will provide a “material scale” for the iGaming and sports betting business to boost revenue and earnings potential, especially on the North American online gambling market. The new company will have staff in 24 countries, seven game development studios, and it will operate in more than 30 different jurisdictions while having 170 total global licenses. Through the deal, Aristocrat hopes to broaden their customer range and fulfill gamblers growing requests thanks to improved distribution and technology. Playtech’s Snaitech division will also be put to good use as Aristocrat was already looking into expanding into the B2C European jurisdictions. Previously this year, in an amusing twist of fate, Playtech has acquired Aristocrat’s Lotteries divisions in a USD12 million cash deal. The deal was meant to strengthen Playtech’s position on the European market, bolstering their presence in Norway and Italy.

Attractive financial returns are to be expected after the acquisition, even before the synergies kick in. Regulatory approvals and certain conditions will need to be addressed before the acquisition can be completed. More than 75% of Playtech’s shareholders need to agree to the merger, and Playtech’s board has already recommended approving the deal. The bid has been placed on 63,412,083 Playtech shares that amount to 20.70% of the total shares. The merger is expected to complete no earlier than the second quarter of 2022.

Playtech has already reached an agreement with Gopher investments to sell their trading division, Finalto, in September 2021. Playtech’s board has agreed to a USD250 million all-cash offer after refusing the previously board-approved bid from Barinboim Group. Finalto has been up for sale since March of 2021 due to poor performance and because Playtech wanted to focus on its online gambling business. The previous deal with Barinboim Group was declined by 68.3% of shareholders and led to a fine of USD8.8 million towards Brainboim Group. If the shareholders approve the agreement with Gopher investment, it will close during the first quarter of 2022. If the deal is not complete by 28 March of 2022, Gopher will have to pay USD24,000 daily until 29 June 2022.

There aren’t many industries that have such fierce competition as casino gambling. And one would expect that a successful business in this industry would hail from Las Vegas or Macau. But that’s not the case for the second most successful slot machine manufacturer, Aristocrat Leisures, that hails from Australia. Len Ainsworth established the company back in 1953, and they produced their slot machine the same year. Len helmed the company for over four decades and provided the North American market with some of its most famous land-based video slots, like the critically acclaimed Buffalo series.

Unfortunately, in 1994, Mr. Len Ainsworth was diagnosed with cancer, and his situation looked bleak. He immediately decided to step down from the CEO position and divided his stake between his seven sons, his current and his previous wife. He kept none of the shares to himself. He also made sure that they wouldn’t be able to sell the shares simply, and in the eventuality that they did, he would be receiving half the profits. One of his sons eventually sold his shares, and Mr. Len quickly brought him to court to collect on his contractual claim. Even today, members of the Ainsworth family have partial control over Aristocrat Leisure.

In 1996, even though Mr. Len Ainsworth was against the idea, Aristocrat began trading at the stock exchange. This move proved to be highly lucrative, and all the Ainsworth family members boosted their fortunes with more than USD500 million each. Fortune had it that Mr. Len Ainsworth would be free of cancer after only two years, but he unfortunately no longer had any control over his brainchild. He established a new company Ainsworth Game Technology and quickly became the main competitor of Aristocrat on the Australian market. Aristocrat remains highly competitive in the gambling market, right behind Internation Game Technology, and they hold a stronghold over the US and Canadian markets.

Playtech started in Estonia, in 1999, under Israeli Teddy Sagi. From the get-go, Mr. Sagi aimed to provide online casinos with the most comprehensive reporting system so that they could gather as much information as possible on the habits of online gamblers. Playtech’s launch coincided with the boom of online casinos, and they decided to take their time and work on something unique that would shock the industry. Playtech launched its first casino in 2001, and the industry began to take notice. They also struck a deal to port the first land-based casino in Europe online in 2002. Playtech never discounted their software, requested high up-front payments and details on the marketing strategies the online casinos were going to implement. Such a strategy was unheard of at the time, as most iGaming providers were simply after as many clients as possible.

They quickly acquired more and more partners, and in March of 2006, the company went public and was valued at over USD1 billion. Now with money to spend, Playtech went on an acquisition spree. They acquired BGT, PokerStrategy, Ash Gaming, Aristocrat Lotteries. Playtech also purchased some of Mr. Teddy Sagi’s companies, and he also stepped down from being a major shareholder.