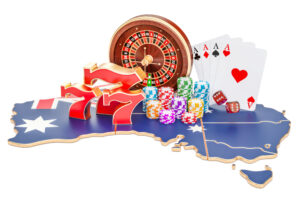 As with all global circumstances, the Corona Virus outbreak has created both challenges and opportunities for businesses and customers. The tourism industry has been, of course, hit the hardest once state governments and authorities began closing borders and imposing travel restrictions. Following behind, in terms of losses, are the entertainment and fitness industries which, due to the nature of their activities involving multiple individuals in close quarters, meant that social distancing would require these venues to either move their activity online, or close indefinitely.

The businesses that met COVID-19 as an opportunity were those who already had a strong online presence and offered services which would a mostly at-home lifestyle. Stuck at home Australians spent big on three things during the pandemic: electronic gadgets, home delivery and online gambling. Pets found themselves receiving more time and attention from their owners, with orders for products destined for our furry (or scaly) friends, increasing by 66% from pre-pandemic times.  Dwarfing this number however is iGaming, with the continent’s two largest cities, Melbourne and Sydney, having registered a 329 per cent increase in online gambling spending during the 2021 lockdowns.

In order to understand just why gambling would become one of the main entertainment sources for Australians stuck at home during the pandemic, we should perhaps look at what place do online slots and games of chance take in the local culture.

Australians have always had a tight relationship with gambling and throughout their history, it’s quite interesting to see how culture, dogma, and tradition have affected not only what is played and gambled, but also what is allowed to be played and gambled.

Whether it was cockfighting, dogfighting, horse races or athletic events, most sports in Australia history were subject to gambling. Add raffles and lotteries on top of these and cater them to a relatively small population of people at the very dawn of their new nation, and you have a surefire way of creating a permanent fixture in their culture. It is perhaps why, despite even intervention and influence from Commonwealth interests to regulate, limit or even ban gambling, local Australian authorities have had a relaxed approach to enforcing the law on gamblers. Gamblers in turn have found their own ways of enjoying their unofficial national pastime, away from the eyes of moralists and cultural purists. One keen example being how in 1973, Australia’s first legal casino was established at the Wrest Point Hotel on the island of Tasmania, to avoid church opposition present in the mainland and facilitate the opening.

In more modern times, and with the advent of mechanical games of chance, Australians seem to have taken a shine to slots, or pokeys as they call them. With the advent of the internet, online slots became some of the most played games of chance in Australia. But with modern times, came modern restrictions, and 2001 saw the passing of the Interactive Gaming Act, which offered the government more control over online gambling. Due to rising concerns for the public’s mental health, IGA sought to limit the provider’s influence on the player, without criminalizing the act of gambling itself.

As such, iGaming operators could face penalties for offering gambling opportunities to Australian players, while Australian iGaming operators faced no charges when providing gambling services to players overseas. Most noteworthy of the stipulations present in the act, or more specifically – not present, is that players faced no penalties for their activity. On top of this, since gambling is considered a pastime, Australians are not required to pay taxes on their winnings from betting.

One thing the IGA definitely managed to do is offer players more liberty to enjoy iGaming while also providing a safer environment to do so. This led to increased interest which resulted in several gambling venues and providers appearing across the country. Hundreds of online casinos are now offering up their game catalogues to Australian players, benefiting or abusing of several loopholes in licensing regulations.

Increase in gambling numbers during the pandemic

According to a great tool made available by a partnership between Accenture, AlphaBeta and illion, consumer spending on iGaming in Australian has increased almost threefold in Sydney and Melbourne, from an index of 100 per week in the time before the pandemic up to 384 in September 2021. This number even goes beyond the increase during the initial lockdown in 2020, which only went up to 298 in November 2020.

While the tracker does not differentiate between online and brick-and-mortar operations, given the fact that during lockdown most pubs and casinos were also closed, the increase seems to logically stem from the online environment.

The increase from an index of 100 per week to 384 per week is shocking, and further data based on anonymous bank transaction data shows the Victorian Department of Treasury and Finance reporting that Australians from the state of Victoria have lost approximately 1.4 billion Australian dollars in between July and December 2020, which is an impressive number in itself, but even more so once you realize it’s 375 billion Australian dollars more than the same period of the previous year.

Aussie gamblers have been surveyed during this period by the Australian Gambling Research Centre and the results are also pretty telling as to how the incredible increases could be achieved. Turns out that out of 2000 bettors interviewed, one in three admitted to signing up to betting online during the lock-down, while the younger (legal) players reported to have increased their activity in online gambling.

Whether some might see it as a morally questionable past time, and Australian authorities are definitely concerned with the long-term effects on mental health, there’s no debating that Aussies love spinning the reels. The evolution of online gambling, with better and better services and more regulated playing environments, Australians can enjoy a quick dose of entertainment while also being responsible and social distancing by simply accessing their favorite online casino and playing one of the many pokies available.