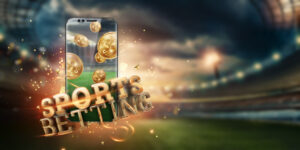 March Sadness could officially end in 2022 thanks to Peter Courtney’s proposed bill that aims to legalize online college sports betting in Oregon. Although it won’t completely allow every type of bet, it would still benefit online bookmakers by a margin. The bill was submitted a week ago in the Oregon Senate Committee On rules recently and it states that Oregon Lottery should allow college sports bets.

Could it be the end?

For those who are not aware, March Madness is the term used to describe the NCAA tournament which has the best 68 college basketball teams competing against each other for the title of National Champion.

This tradition has been going on for years, it began in 1939 and it had only 8 teams. Many punters are excited to bet on these teams as the odds are always generous due to the nature of college sports.

As people might expect, the bill was not met with open arms by everyone. Some parties have been outspoken on how they would like for things to stay the same.

At the time of the hearing, there were two additions made to the bill. The first one wishes to ban betting on an individual athlete’s performance. The second one aims to benefit players even more by allocating a portion of the bets to the state’s revenue that will go towards college grants for athletes.

It’s worth knowing that Oregon currently does allow some legal options for when it comes to betting on college teams. Every one of them would have the punter place a bet at a tribal casino from the state. Peter Courtney’s bill does not want to affect this side of the operations. It simply wants to allow online bookmakers under the Oregon Lottery’s jurisdiction to start accepting college bets.

Other than this, Oregon residents were also reduced to using illicit bookmakers which are technically illegal. Bill 1506 will address this issue and ensure that all of the transactions legal and punters can contribute to the state’s fund when gambling.

Obviously, this did not stop here, and during the hearing, the bill was confronted by Justin Martin, one of the representatives of the Confederated Tribes of Grand Ronde. Martin spoke out against the bill claiming that it will be taking money out of the tribes’ pockets and that it will need to be paused and taken a look at the right way before.

Peter Courtney responded to Martin’s claims and assured him that the bill will not negatively impact tribal casinos but it did not stop here. Other parties have expressed their disapproval of online betting for college sports.

While in the past, when it was only limited to tribal casinos, the state’s colleges and universities have not been discussing the impacts of betting. After the hearing, sports directors have been releasing comments about this new bill and as expected, they were not positive.

The main cause of disapproval was that they feel that athletes are placed under constant pressure to perform. Also, the idea of athletes fixing games due to the fact that they are not paid for their labor has been brought up as well.

If the law will pass this will definitely mean an end to the humorously named March Sadness and will open up more options for Oregon people when it comes to betting. It’s up to time to decide whether or not is going to impact Tribal Casinos.