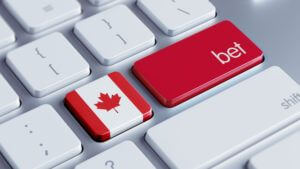 According to sources inside the newly-installed Canadian government, the country’s biggest province is about to end the online gambling monopoly and relax the rules so that private companies can join the game as well. The news took everyone by surprise as the Tory government delivered its first budget with promises that the online gambling landscape will widen to allow its 15 million residents to access the international online gambling environment. After years of domination by PlayOLG.ca, a state-owned company operated by the Ontario Lottery and Gaming Corporation, the news was received with enthusiasm by those that wanted a more competitive market, with better odds and benefits for the end users.

Why is This Happening?

Well, for any economist looking at how much revenue is generated by the online gambling industry in the other regulated markets like the UK, Sweden, Italy or Spain, the answer is more than obvious. The mission is to establish a competitive market for online gambling in a legal environment that will reflect the choice of the consumer. Even though many gamblers in the region received the news with a massive dose of enthusiasm, similar talks and initiatives exist in the neighboring province of Quebec but there were no further actions supporting the talk.

However, it looks like Ontario is already consulting the industry stakeholders before setting up the regulatory system that will put everything in place. Of course, an in-depth analysis is required as the plan is to keep the same control over problem gambling and other similar affairs that come with the liberalization of online gambling.

Considering that PlayOLG is already in its fourth year of online gambling monopoly and only contributing CAD 73,1 million out of the total CAD 7,58 billion, the news of allowing international companies to join makes even more sense. These numbers do not only show that PlayOLG is not effective in appealing online gamblers, but it also shows the real size of illegal gambling in Canada.

How Many Canadians Gamble Illegally Online?

It’s no secret to anyone that online gambling enthusiasts in Canada are choosing the big name in the industry to enjoy high-quality products and service. There are enough examples of how PlayOLG failed to deliver what gamblers need and, without a legal alternative, Canadians turn to illegal gambling. Don’t be scared by the term, though, it’s not illegal as in you get punished if you do it. Only the operator risks fines if the government determines they allowed Canadian players to enjoy the online casino or sports betting services. So, with such a poor legal alternative and lack of consequences for those that taste from the forbidden fruit of international gambling companies, the number of illegal gambling exploded in recent years.

Despite big companies declaring they will withdraw from Canada until the situation is clarified across all provinces, there are still plenty of big players in the industry that do not shy away from serving a hungry consumer base.

Even More Good News for Canadians

In what seems to be a general movement towards relaxing all sort of restrictions, the same government is talking about going back to the times in which restaurants, golf courses and bars are allowed to sell alcohol and that consumption will be allowed in public areas. Also, it looks like convenience stores will be allowed to sell wine and beer for the first time in a very long time. When you connect all these with the legalization of weed by Canadians in 2018, you can really paint a picture of a government that wants to allow their people to really enjoy the fun things in life. And considering that Canadians are known to be a very responsible nation overall, the positive aspects are probably to seriously outrun the downsides in what can set the bar for many other nations.