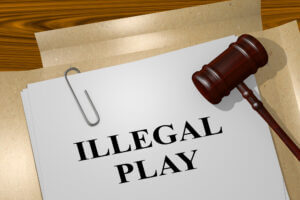 The Legal Online Gambling in Cambodia is in Question

Online gambling has been a big part of the Cambodian economy in recent years, but it also caused quite a lot of issues, which led the government to announce all online gambling activities will be banned soon.

However, mere weeks after the dramatic announcement, it seems as if things are not set in stone yet.

What does the future hold for the Cambodian gambling market?

Current Changes and Their Potential Outcome

It all started on August 18th, When Prime Minister Hun Sen declared that all online and arcade gambling in the kingdom are banned due to security issues.

According to Hun Sen, some licensed operators cheated their customers by rigging the games, and later on, threatened those who weren’t able to repay their debt.

The ban was mostly directed at Chinese foreigners that worked in Cambodia, as a big portion of the gambling venues in the country are run by Chinese nationals. The government’s decision regarding the legality of gambling was made with the hopes of reducing the number of crimes related to all types of casino gambling.

Apparently, on more than one occasion, Chinese nationals performed acts of kidnapping and extortion, all related to gambling in one way or another. For example, six Chinese nationals were arrested on charges of kidnapping earlier this year. They were accused of holding three Chinese citizens hostage for not paying their gambling debt, planning to extort the hostages’ families to get their money back.

On a different occasion, 12 men were arrested for working as loan sharks for a Chinese casino.

A few weeks after his initial announcement, Hun Sen instructed the authorities to eliminate all gambling venues – online and arcade – by the end of the year. He also declared that the economy should be based on nature and culture tourism only.

Unsurprisingly, the Chinese government supported the move, as they believe it will help to protect the country’s interests.

As it turned out, 127 Chinese nationals who resided in Cambodia operated an internet scam, and they managed to extort more than $14m from over 10,000 Chinese victims. That made the Chinese government more adamant about restricting gambling options in Asia, which is why they approved of the Cambodian gambling ban.

However, it seems as if the decision to ban gambling caused Chinese nationals to leave Cambodia in masses, which has the potential to influence the country’s economy. That led many experts to express their hesitance about placing a complete ban on online gambling in the kingdom.

Ros Phearun, the deputy director-general of Cambodia’s Ministry of Economy and Finance, said that it remains unclear if the ban is going to be complete or not, as it all depends on how the law will be drafted.

Land-based casino owners also hope that the law will allow them to keep their establishments open. George Lazenby, the general manager of Jin Bei Holding, doesn’t believe the country will ignore all the people that have invested in Cambodia by building gambling venues. However, only time will tell whether his hopes will be realised or not.

It’s not the first time the gambling market is affected by the actions of Chinese nationals, as similar incidents took place in the Philippines earlier this year. However, even though China tried to influence the Philippine authorities to ban online gambling, they didn’t make much progress.

The fight against corruption and crime related to gambling in Asian countries is a major issue nowadays, but hopefully, the authorities will be able to resolve them without the need to use extreme measures.