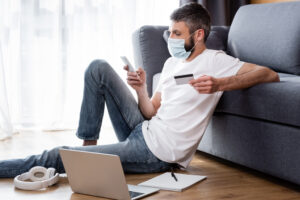 In the past few months, the world had to adjust to a whole new reality, as COVID-19 started spreading at lightning speed. The online casino industry, like so many other things, saw a lot of changes in those unpredictable times, some more surprising than others.

Which online casino games saw a spike in the number of players in recent months? Did the change last for long? And what does it say about the future of gambling and online casino reviews in general? Let’s take a look at the latest numbers and try to answer those pressing questions.

How Online Casino Revenues Were Affected in the US

In the beginning, when people found themselves in quarantine for the first time, online gambling numbers in many countries rose exponentially. In New Jersey, US, for example, online venues generated more than $56m in March of 2020, while the previous year yielded a revenue of $36m in the same month. And not surprisingly, the numbers kept on growing, as by June revenues surpassed the $80m mark.

At that moment in time, the numbers began to level out, as online casino revenues in June were down by 3.2% compared to March. However, the money online venues generated in the early summer months still remained higher than in previous years. That was true for all kinds of casino games – poker, slots, and other popular games. One of the main explanations for the market’s high revenue rates is the hosting of the WSOP tournament online. As people are unable to participate in the annual poker competition at brick-and-mortar venues, they compete for the poker bracelets in online venues instead.

However, some types of gambling weren’t as lucrative. Since many popular sports tournaments were postponed, sports betting revenues fell 27.5% compared to last year. But now that some soccer matches and other sports are slowly coming back to life, this betting niche is starting to pick up in popularity all over again. In June 2020, sports betting revenues were 251% higher than in April – which shows the market is recuperating rather quickly.

Online Betting in the UK

The UK population had to go on lockdown between March and May of 2020. During those months, the number of active players in various gambling niches grew.

Online slots saw a 25% year-to-year growth in March, online poker numbers grew by 53%, and virtual betting brought in 88% more players than the previous year. In April 2020, the number of online poker players was higher than ever, but soon after that, the stats started to drop back down.

As quarantine restrictions eased a bit, the number of games a single-player played decreased by 6% from April to June. Also, people began to play shorter slots sessions. However, gross gambling revenues in June were still much higher than pre-COVID stats.

While it seems that the crazy online gambling surge has passed, revenues remain relatively high. That serves to show that even though people are no longer obligated to stay indoors, they still spend quite some time at online gambling venues.

Yes, people now can visit some land-based casinos, but new social norms and fear of the contagious virus still lead people to place more bets online. Hopefully, that means that online gambling will keep growing and evolving and that people will realize the potential that lies with betting online.