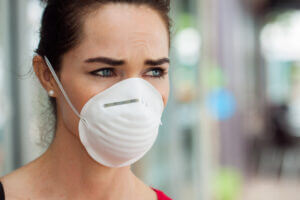 It comes as no surprise that since the COVID-19 began spreading around the world at warp speed it, managed to turn our lives upside down. While in 96% of all cases, patients who have attracted the virus are in a mild condition – it still has a devastating effect on every industry that comes to mind.

The gambling industry, like all others, is undergoing a series of changes that will probably affect online and offline casinos for years to come. As people are either afraid or not allowed to leave their homes, land-based gambling venues are shutting their doors. The American Gaming Association estimates that if casinos remain closed for 8 weeks, the industry will suffer a staggering loss of approximately $21.3 billion.

On the other hand, online gambling is seeing a serious rise in traffic. For example, in Pennsylvania, the number of players has nearly tripled in less than a month.

But traffic and profits are not the only things that are changing in the industry at the moment. Perhaps the most interesting transformation of all is happening far from the limelight – in the minds of the casino players themselves.

Gamblers from all around the world, like all of us, are dealing with a lot of stress these days. While that doesn’t stop them from play casino games online, each player reacts to the situation in a different way.

Some poker pros, for example, use their influence to promote good causes. Others chose to approach the matter with a bit more humour to deal with the situation. So what were the most interesting and extreme responses so far? It’s time to find out.

What is Your Story?

People often have unpredictable reactions to stressful situations, which was made quite clear as news about gamblers from all over the world started coming in. How are you dealing with the current state of events?