Home » Latest Casino and Gaming News » Cryptocurrency Gambling in the US 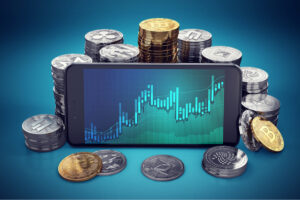 Cryptocurrency Gambling in the US vs the European Market

Even though nobody can be certain of the true identity of Satoshi Nakamoto, the inventor of Bitcoin, it’s no secret to anyone that the US rapidly became the country with most Bitcoin. The country holds a bit over 25% of the total number of Bitcoin nodes around the world, followed by Germany with a little over 20% and France with just 6%. However, despite holding the largest amount of Bitcoin on the planet, the US doesn’t seem to be doing so well when it comes to allowing gambling with the cryptocurrency.

While Bitcoin online gambling is a thing all across Europe with many licensed online casinos offering BTC and other cryptocurrencies as payment methods to players that wish to try their luck, the United States is still lagging. Why is this happening? We’ll take a close look at the several reasons that lead to this unusual situation and what can be done to improve things when it comes to Bitcoin use for US players.

It wasn’t until 2018 when the Supreme Court of the United States finally lifted the federal ban on sports betting and casino gambling. This historical decision was needed in order for operators blocked by the UIGEA and the Wire Act of 1961 to be able to establish legal online venues for citizens of the US. Ever since 2018, there are already 13 states that allow forms of online gambling on their territories. And while very few states allow all the online gambling verticals, there is a mix of states where you can play online casino games, but access is restricted to sports betting or states where online poker is ok but casinos are still banned.

Since every state can decide for itself, cryptocurrency gamblers in the USA have a hard time keeping track of the areas where they can enjoy their favorite activities. To simplify things a bit, here’s a list of states that allow at least one form of online gambling on their territory.

Recent Attempts to Regulate Cryptocurrency in the US

Not only that the laws on online gambling are very different from one state to another and the vast majority of states did not even start to discuss the matter, but cryptocurrency gambling is made even more difficult by desperate attempts to regulate Bitcoin and the other cryptos. It’s no wonder that you can’t find a decent Bitcoin casino no deposit bonus when it’s so hard for a regular casino to operate legally. When you add the bill that one congressman from Arizona introduced back in March, you get the perfect recipe for unlimited amounts of chaos.

Unlike what happened in India, where the Supreme Court allowed cryptocurrency exchange and operation, the so-called Crypto-Currency Act of 2020 proposed by Paul Gosar pushes for regulatory clarity on cryptocurrency. This move, according to the person pushing the bill, will make things easier for businesses, institutions, and regular Americans to take part in the growing business of cryptocurrency without confusion, uncertainty, and confusion.

While the US seems to be struggling with setting up a conventional online gambling industry, Europe looks like it’s hundreds of years ahead. Casinos licensed in Malta, Curacao, or Gibraltar, are functioning legally and offer customers the alternative of paying and getting paid in cryptos. Bitcoin, Ethereum, Litecoin, and many other popular cryptocurrencies are used on a daily basis. And you don’t even have to take our word for it, you can just go ahead and read any US online casino review and compare it with the crypto casinos that can be found across Europe.

It’s true that Europe is also going through a sustained process of regulating some of its biggest markets. Germany is one of the most recent examples of countries that decided to come up with a new law for online casinos and the way things are done in the region. However, it goes without saying that cryptocurrency casinos will continue to thrive here whilst the US is still struggling.