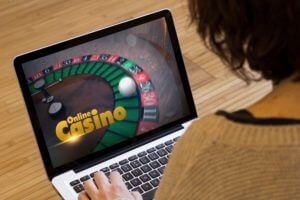 The Neverending Story of Online Gambling in the USA

For a very long time now, the United States were known for their harsh view on online gambling and any other forms of offshore gambling activities. However, things looked like they’re going to change in 2018 when several actions were made to open up this huge market to big international operators. And while some of the already started delivering their services in states like New Jersey and Delaware. However, just as things started rolling out and a huge momentum was building behind all the big players on the market looking to take a share of the huge USA potential, the Department of Justice new interpretation of the 1961 Wire Act.

It really looks like there’s a huge interest around this matter if the legality of online casinos in the USA hang on a comma. Yes, you read that right, the newest changes in legislation started from a missing comma that interpreted in the right way, made all online gambling activities illegal, not just sports betting. It gets even trickier since sports betting has also been legalized after the Professional and Amateur Sports Prediction Act of 1992 was also overturned. If nothing of what you’ve read until now doesn’t really make sense to you, don’t worry. It’s not a faulty article and there’s nothing wrong with your power of deduction, it’s just the way the USA are handling the issue.

Important Changes or Just a Smokescreen?

That’s what everybody with any level of connection with the gambling industry asked the first moment the Department of Justice came out with this new interpretation of the Wire Act. And according to industry specialists, there aren’t many reasons for gambling businesses owners to be worried on the long run. However, it is going to provide a lot of lawyer plenty of extra billing hours.

Taking a good look at the phrase that was reinterpreted by the DOJ, you need a very rich imagination to understand that the phrase “wire communication facility for the transmission in interstate or foreign commerce of bets or wagers or information assisting in the placing of bets or wagers on any sporting event or contest…” could possibly refer to anything else than sports betting. First of all, if the purpose of this Act was to ban all forms of gambling, the use of “bets or wager on any sporting event or contest” is clearly making it all about sports betting. Nonetheless, all this commotion around the matter is clearly not doing any good to an industry that was just picking up.

How Does this Affect the Brands that are Already Operating in the USA?

Well, it really depends on how the DOJ decides to act on this new reinterpretation that has already raised a lot of questions and lawsuits. If they decide to enforce it, they would have to raid the offices of Golden Nugget, MGM or Caesars and arrest everyone for 2 years as indicated in the Act. But are they going to do anything like that ? But everyone with a good sense of logic understand this is just one desperate attempt of some people that are against legalization of online gambling in the USA. And besides the fact Donald Trump is known to be a big fan of gambling, it will mean cutting down on tax revenues for New Jersey and all other states that are already cashing in on the online gambling phenomenon.

So, what’s Going to Happen?

Well, to try and predict what is going to happen next, we should take a good look at the matter of cannabis legalization. On a federal government level, cannabis is still considered illegal however there are now more than 50% of the states that consider recreational and medical marijuana to be legal. Nobody is going to reverse cannabis legalization just because the federal government considers it to be illegal by the book. And even though one may argue that cannabis and online gambling are two very different things, if you look at them objectively, it’s all about liberties for the average citizen. So, since online gambling and sports betting have been deemed legal by certain states, there’s no comma, reinterpretation or any other movement that could reverse the legalization process. Sure, it may make it difficult for others states to get on board on this massively growing industry, however, time will tell on that matter as well.