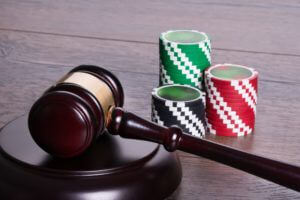 How Can the Daytime Gambling Ads Ban Affect the Gambling Industry

Even More Restrictions and Regulations for UK Gambling Companies

Even though they did everything possible to avoid this ban or, at least, create a softer version of it, the bookmakers were forced to implement a whistle-to-whistle ban on TV adverts. All the big players from the UK gambling landscape like bet365, Skybet, PaddyPower or Coral have agreed to stop any advertising actions during the sporting competitions. In case you’re not from the UK and you didn’t experience these ads at every match interruption or during the half-time break, you can take our words for it that it was an extremely aggressive form of advertising that was capable of annoying even the most enthusiastic gamblers.

Is Anyone Taking Advantage?

Oddly enough, the ban does not say anything about horse racing when it mentions the sports betting and gambling products that should refrain from displaying ads or commercials during televised sporting televisions. Nobody can tell if this omission was intentional or just a slip-up, however, it can have remarkable effects in boosting horse racing even more in the UK. While everyone outside the gambling companies agrees such a measure was needed with the number of problem gamblers on the rise in the UK, nobody can really explain why horse racing was left out of this ban. This is even more puzzling as it is a very popular sport from both an attendance perspective as well as in punters’ interest.

What Difference Will it Make?

The ones who initiated this movement are concerned, first of all, for the younger generations that grow up in an environment where gambling is normalized. Having a totally different experience compared to their parents and much wider access to the internet and online sports betting companies as well as online casinos, having gambling embedded as a normal activity that is seen all across town and on the TV is a risk. Of course, just because the advertisement stops during the matches, it doesn’t mean they won’t be in contact with the entire phenomenon. Especially since it’s a known fact that teenagers these spend very little time in front of TVs. However, since going out with your friends to watch the game still implies watching sports channels that used to have a lot of sports betting commercials, the ban seems like a really good idea.

Is Shirt Sponsorship Next?

It goes without saying that the anti-gambling agencies and organisations in the UK and all across the globe that are already seeing this whistle-to-whistle ad ban as a major victory, would love to take extra steps into banishing gambling from the TV. However, that’s a two-way street since the over £ 12.6 billion generated by the gambling industry in the UK is not an amount you can just forfeit. So, the UK government is now in the middle of this fight between doing the right thing in protecting the consumers against addiction and other negative effects that gambling brings, and the precious revenue generated by this massive industry.

Rumor has it that after banning gambling ads during daytime TV, the next step for those that organised these campaigns and declared war on gambling advertisement and the industry in general, would be to make a move against betting companies being allowed to display their name and logo on the jerseys. If you look at the teams in the Premier League, you will have to check really close to find a team that doesn’t partner with one gambling company or the other. However, while it was agreed even by the gambling companies that not being so present on the TV could actually make a strong point, not allowing them close deals with the teams for on-field and on-shirt representation would be a direct attack to their right to do business.

The United Kingdom Gambling Commission is already one of the most restrictive and tough regulatory organisms in the industry so any other new regulations would mean losing a lot of potential applicants for a UKGC license. And while everyone agrees, at a certain level that gambling with no control can lead to negative things, over-regulating the industry would make it unattractive to both gambling companies and end users.