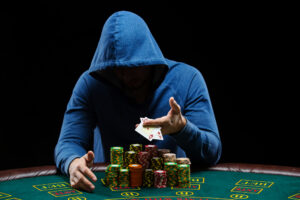 Who Are the Top Poker Players Out There?

Out of all casino games, poker is probably the most competitive one of all. Poker players often compete for the title of the best player in various tournaments and events.

As this casino game requires a lot of skill on top of luck, players can learn how to master the art of poker – and how to outshine all other players.

Every year, internet poker databases determine which players were the most successful in terms of earning and wins. Let’s take a look at the latest list updates and find out which poker players are the best out there!

Top 5 Poker Players You Should Know About

So, who is starring at the top of the 2020 list in the Hendon Mob Database? Let’s take a look at some of the best poker players who can teach you a lot about poker.

Playing under the nickname ”Tim0thee’, this Canadian poker had a highly successful year in 2020. After participating in more than a dozen online and offline events, he earned $5,854,376 in the span of 12 months. That landed him the second spot on Canada’s All-Time Money list, as his total live earnings surpassed the $24m mark.

Adams started playing when he was only 18 – like many other successful poker pros. Over the years, he won one WSOP bracelet, with 29 money finishes under his belt. He also came close to a win in 3 World Poker Tour events and 6 money finishes at the European Poker Tour.

The 32-years-old poker pro is one of the most talked-about players in Australia. First of all, with live earnings worth more than $10,731,000, he only comes second to Joe Hachem.

But most importantly, Burns was inducted into the Australian Poker Hall of Fame early in 2020, which is a rather impressive achievement. That followed an astounding win in a UK tournament, but this was not the only time Burns got his hands on a massive prize. Throughout his career, he won 2 WSOP bracelets and had 10 money finished, getting to 3 more final tables at World Poker Tour events.

Also known simply as ‘Mikita’, this 29-years-old poker pro from Belarus made quite a name for himself. Like Adamas, he started his poker career at the age of 18, participating in dozens of major events and tournaments.

So far, he had four World Series of Poker money finishes and six finished at European Poker Tour events – one of which ended with a title. In 2020 alone he earned more than $2,600,000, bringing his total live earnings to $28,497,271. Looking at those numbers, it comes as no surprise that this young poker pro is the most lucrative player in his country.

Phua got involved with gambling at a young age, which he turned into a lucrative business with lots of hard work. But this player didn’t start playing professional poker till he was in his 40’s, which makes his accomplishments all the more impressive.

With total live earnings of more than $20,300,000, he is considered the most lucrative player in Malaysia. He had money finishes at all the important tournaments – including WSOP and World Poker Tour events. But what makes this pro a legend is his successful poker strategy website, which he launched in 2016.

While this American poker pro hasn’t won any tournament bracelets over the years, he is still one of the most profitable players out there. The 51-years-old businessman started playing poker a few decades ago, winning more than $30,729,000 in live earnings. In 2020 alone he made $ 2,437,379 out of playing poker, which deserves some recognition.

He also founded a poker website which became rather popular amongst those who wanted to watch live events.

Katz, Phua, and Burns are some of the most successful poker players that managed to win big this year. Will any of them remain at the top of the list in next year’s list? Let’s wait and see!