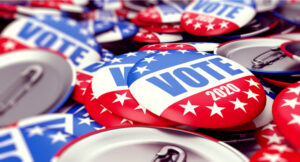 Online Gambling, The Elections, and Everything in Between

For a few months, Americans were preoccupied with Biden’s and Trump’s election campaigns. Both candidates had a lot to say about foreign policy, healthcare issues, education, and more.

But the one subject they remained silent about is the future of online US casinos. Even though they didn’t address the matter in their long and heated debates, their history hints at what their approach to gambling might be.

Now it is time to look at what Biden’s presidency can do to the online gambling industry, how Trump might have affected it, and what the public thought about their chances of winning this election.

What the Betting Odds Predicted

In between reading US online casino reviews, thousands of gamblers placed bets on who they thought will become the next president. Apparently, political betting is rather popular in European and Asian countries, and this year’s election drew quite a crowd.

In the UK, for example, a single betting site took about $634m worth of bets. When you compare it to the sums generated in the previous 2016 elections, $257m, the drastic growth is staggering.

Not only are there more people willing to bet on the outcome of current political issues, but the amount of cash they are willing to part with seems to be growing as well. For example, one British citizen put a $1m wager on Joe Biden’s win. Luckily for him, he wasn’t wrong!

Back in May, many betting websites predicted that Biden would have about a 66% chance of winning. And even though early predictions rarely come true, when the voting has commenced in the US, the odds remained steady at a 35%-65% probability.

Biden’s vs. Trump’s Influence on the Online Gambling Industry

Once it became clear that Biden will be moving into the White House, players tried to understand what his stance on online betting might be.

When looking at his past, interesting facts came to light. Biden was VP when the DOJ published the 2011 revision to the Wire Act, which is a good sign. The revision made it easier for online poker venues to acquire a legal license. Although Biden wasn’t directly involved in the process of changing this particular law, he still didn’t show any objection.

But the past is not the only thing that might give casino players a bit of hope. While visiting Las Vegas earlier this year, Biden stated: “…doesn’t support adding unnecessary restrictions to the gaming industry…”

In his statement, Biden referred to Trump’s revision to the Wire Act in 2019. The former casino owner made the decision to include non-sports gambling types under the law. That meant that online poker was again considered problematic, which disappointed quite a lot of people.

Considering the fact that Trump used to own various gambling venues till 2014, players thought he would take more interest in legalizing poker on a national level. But alas, Trump’s decision disappointed some members of the gambling industry. And while local players hoped the legal status of online gambling would change sooner, the future is still open for changes.

This year’s tight race and exciting betting drama might be over, but you can already wager on who you think will become president… in 2024.